AS SCHOOL captain and dux of 2019 Brandon Seebaran delivered his final address at the Dalby Christian College awards night, one message he stressed was for students not to concern themselves with winning awards and accolades.

Rather, he encouraged students to be diligent in their work, and hold effort and enthusiasm to a higher esteem than rewards and first placings.

So it was fitting that the students recognised at the awards night were commended not only for their academic abilities, but their commitment to their school community and the way they embodied their school values, as well as sporting achievements.

The night began with the kindy students receiving a bible from principal Stephen Wilson, signifying the end of their first year of school.

The night also saw the college farewell a number of staff members who are moving on from the community in 2020, including long-term teachers Marcia McCullough, Chris Schenk and Jeromy Wainwright.

Among the biggest winners of the evening was the school captain, who pocketed over $2000 thanks to the FSD Dux Bursary, presented by FSD Board Member Mr Graham Edwards, and the Western Downs Regional Council Dux Bursary valued at $250 presented by Councillor Ian Rasmussen.

Brandon has plans to travel and study overseas next year.

Check out all the photos from the night here: 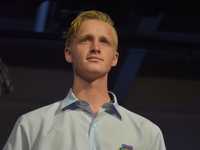 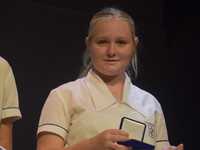 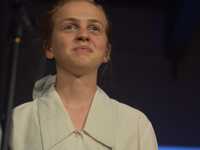 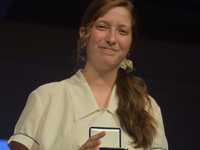 Free healthcare clinic for women across the Western Downs

News The women’s mobile health clinic is heading to the Western Downs. Here’s where and when:

The pay packet you should be earning at your age

News See what Aussie workers should be earning at different ages, genders and how your state compares. Plus: how to ask for a pay rise.

News Check out all the photos from the Chinchilla Race Day on Saturday, February 27, here:

Brittany hits out at ‘blame shifting’

News Hundreds of thousands of dollars are being spent on community groups and councils...

News The two men who have been charged with allegedly robbing a Warrego Highway servo...