THIS year's Clarence Valley Country Music Muster is gearing up for its fourth and finest yet with a star billing in Adam Harvey secured to headline the 2016 event.

Muster organiser Wendy Gordon is delighted to have secured Adam for the event that is held on her property in the Ulmarra area in October each year.

"The publican of Ulmarra's Commercial Hotel is even going to rename his front bar Harvey's Bar for the duration of the muster." 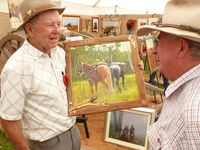 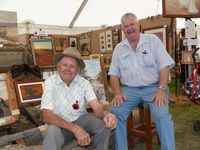 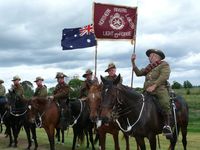 Adam will take centre stage at the muster on October 29 and 30.

His latest album Harvey's Bar - the Backyard Sessions - hit the airwaves with a band and is still climbing in popularity.

The publican of Ulmarra's Commercial Hotel is even going to rename his front bar Harvey's Bar for the duration of the muster.

Crime Police are on the lookout for an unknown number of offenders, after they made off with a stolen vehicle in the early hours of Saturday morning.

Warm up your lungs, pub choir is coming to Dalby

News Queensland’s beloved Pub Choir is back with a vengeance, bringing rural communities together at their local for a special regional tour following their COVID-19 hiatus.

‘The children have disappeared’

‘I worry about it’: Gallen opens up on head trauma

From walking the beat to the WWI killing fields

News An opportunistic Dalby thief’s sticky fingers were heard in court, after he...