Sherele Moody News Corp journalist Sherele Moody started her career in the media more than 25 years ago. She reports across a broad range of topics including and has an extensive background in data analysis and statistics-based journalism. She also specialises in opinion and feature writing on gendered violence and women’s issues. Sherele is the recipient of the 2018 BandT Women in Media Social Change Maker Award and has multiple Clarion and Walkley Our Watch journalism excellence awards for her work reducing...
Full Profile
0
2

Animal lover and journalist SHERELE MOODY says NSW Premier Mike Baird has gone to the dogs after backing down on greyhound racing ban.

BUT what about the dish-lickers Mr Baird?

NSW Premier Mike Baird's decision to backflip on permanently muzzling his state's greyhound racing industry is rough justice for the countless dogs and live-bait possums, piglets and rabbits slaughtered in the name of sport and having a punt.

Since announcing the ban in July, Mr Baird has been hounded by his parliamentary colleagues, the racing industry and certain sections of the media into biting the bullet and apologising because he "got it wrong".

With his potential political demise nipping at his heel, Mr Baird did not have the fortitude or strength of conviction to stick to his guns over a decision that animal lovers believe was the only way to go.

While Mr Baird has outlined some tough new rules for the future of the sport in NSW, there is one thing we should not lose sight of - the industry's inability to police itself in the first place.

It took an ABC Four Corners expose that revealed the endemic use of illegal live baiting in the industry for the sport to start taking a long hard look at itself.

The sport was then left licking its wounds after a NSW Government special commission of inquiry revealed the wholesale slaughter of tens of thousands of dogs while confirming to the rest of us that live baiting was just par for the course.

If the industry was serious about cleaning up its act, it would have moved against these rotten apples decades ago and done the right thing by all the animals they abused and killed.

The vocal opponents of the dish-licker racing ban would have ensured not one possum, rabbit or piglet was flung around a racetrack at high speed so razor sharp dog teeth could tear its terrified body to shreds.

The industry's leaders would have rolled out an unassailable policy ensuring every greyhound born into racing was cared for and tracked from the day of birth to the day it died and that it's death only happened from unpreventable accident or natural causes years after it was retired from the sport.

We heard throughout this debate about the everyday working class folk for whom this sport means so much.

Then why the heck were these loud and proud salt-of-the-earth types ensuring that no one ever had the misfortune of stumbling upon a mass grave containing delicate little puppy skeletons.

There's no doubt that the NSW greyhound industry has been brought to task, largely thanks to the ABC, the special inquiry and Mr Baird's initial hard stance against the sport.

However, if Mr Baird's backflip does nothing to stop this unfettered cruelty, the Premier and those who forced him into backing down must be brought to heel to make room for people who can truly stand tall for those without a voice. 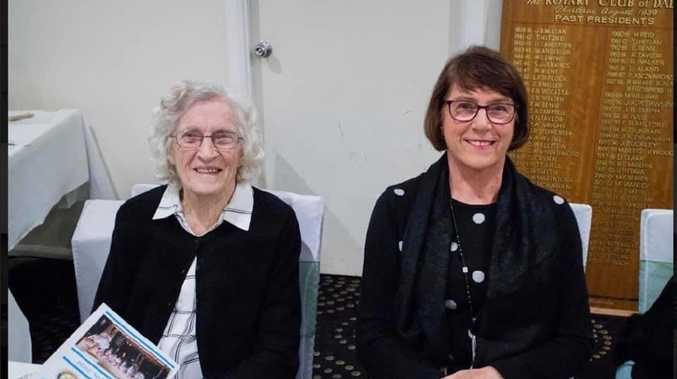 Boss turfed out after $20m float

Elderly victim hid under a blanket during drugged-up attack