SIX cars have been damaged and one severely damaged after a car caught fire at Caneland today.

Witnesses looked on as smoke billowed out from the undercover car park and flames were seen lapping the roof.

As you can hear in this video, one witness asked another if the fire started when someone tried to start the car.

Another witness replied that nobody was around it.

Police has confirmed the fire was not suspicious.

A spokesperson for Caneland provided this statement to the Daily Mercury:

"Caneland Central can confirm there was a fire in the shopping centre car park today.  Centre security responded immediately.  The centre is open and trading as per normal.

We are now assisting local authorities with their review into the cause.  The safety of all workers and visitors at Caneland Central is our number one priority."

THE car fire at Caneland has been completely extinguished.

The fire was reported to emergency services about 11.40am. When firefighters arrived the Hyundai Getz was completely alight.

Fire fighters are currently conducting atmospheric testing for more smoke and fire investigators have been notified.

Did you get pictures or see anything? Email the reporter at campbell.gellie@dailymercury.com.au

FIREFIGHTERS have been battling a car fire at Caneland Shopping centre.

Two crews were called to the car fire at a multi-level car park about 11.40am Wednesday, and arrived at 11.42am. 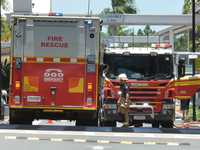 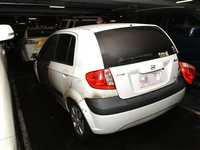 It's believed nobody has been hurt.

One witness said he saw a lot of smoke as he was heading to the back of Caneland.

He said he drove back into the car park and had a look and saw it was coming from the car.

"People were standing near the Coles entrance just watching before the police arrived," he said.

"There was one four-wheel drive that may have been damaged because it was right next to it. You could hear the petrol tank go 'boof'."

Crime The RSPCA has revealed Dalby as one of the worst towns in Queensland when it comes to animal cruelty. FULL REPORT:

News ‘They knew and did nothing’: Hundreds of solar farm workers found out by text just hours before their shift that they would be fired, despite energy company Shell...

Weather Hundreds of Western Downs residents without power are set to sweat through the afternoon after severe storms smashed the region damaging powerlines and poles.

‘Full on’: Police investigate whether axe used in killing

Woman wakes to father raping her in living room

Eddie B: I think I offended a mum with strippers

Breaking A young motorbike rider has lost his life after he was involved in a fatal crash in the northern region of the Western Downs.

News Drug use in Queensland: Cocaine and ecstasy use surges

GOING, SOLD! The Roma properties worth more than $1 million

News Looking for some premium property in the Maranoa? Here are some parcels of land...