Tara Miko
Tara Miko Journalist Tara joined the company in 2010 after graduating with a journalism and politics degree from Griffith University in Brisbane. After first working in newspapers in the Bowen Basin in Central Queensland, she joined the team at The Chronicle in 2013. In September that year she took over the reins of the Rural Weekly, and has been on the crime desk in Toowoomba since 2015.
Full Profile
0

FOUR children witnessed their young mother's death on a busy Northern Beaches road Wednesday night while sitting in a nearby car.

The 33-year-old woman died at the scene when a car struck her on the dark road.

The driver, a 48-year-old Blacks Beach man, stopped and performed CPR on the critically injured woman until paramedics arrived, but she could not be saved.

>>As it happened: Driver's desperate bid to save woman after horror crash

The woman's children, aged 10, 5, 4 and 3, witnessed the tragedy as they sat in a white Holden Commodore parked off to the side of the dark road.

The children, as well as the woman's partner who was outside the Commodore at the time, were not injured.

The eldest child, a boy, spoke to police last night about what he had witnessed, and authorities had offered all children support.

Family took them from the scene.

Police are yet to determine the fatal chain of events that lead to the woman being on the roadway about 150m from the roundabout that connects to Montgomery St.

Forensic Crash Unit Officer-in-Charge Michael Hollett said the Holden Commodore had been travelling east on Eimeo Rd towards the shops when it pulled over.

A Toyota Kluger, driven by the Blacks Beach man, was travelling towards Eimeo Beach.

WATCH: Your guide to reading the Daily Mercury online

Your questions about the new Daily Mercury format answered

The woman and man got out of the vehicle but why remains under investigation.

"The car stopped, and we're trying to confirm why they were out of the vehicle," Sergeant Hollett said.

"The woman has walked across the road and has not seen the car and was struck by the front right-hand side of the vehicle (a Toyota Kluger)."

Debris from the Kluger was spread across the road from the centre line, but the vehicle was not extensively damaged.

Police have spent today taking extensive witness statements including from those at the incident scene and nearby homes.

How to make the most of your Mercury subscription

Daily puzzles and Sudoku another reason to stay subscribed

Sgt Hollett said interviews with residents in homes backing on to Eimeo Rd had been done but shed no more light on what happened.

More interviews were expected to be done in coming days.

Shocked nearby residents recalled hearing the sirens and seeing the flashing lights, and of police knocking on their doors in the hours after the deadly collision about 7.20pm.

Mackay District Duty Officer Mark Sweetnam last night told the Daily Mercury police arrived on scene to find members of the public and paramedics working to save the woman.

"The people involved in it are distraught," he said.

"Emergency services and members of the public all trying to help out - it's hard on some people.

Sgt Hollett renewed a call for any information leading up to the tragedy, in particular between 7pm and 7.30pm.

Eimeo Road was closed for more than three hours as Forensic Crash Unit investigators pored over the scene where today just a few yellow marks on the bitumen stood as an indicator of the tragedy.

Criminal Investigation Branch detectives were initially involved but it is understood are no longer part of the probe.

Anyone with information relating to the incident, or who may have relevant dashcam footage, is urged to phone Policelink on 131 444.

Cursed Ferrari: Why F1 season has been $450 million bust 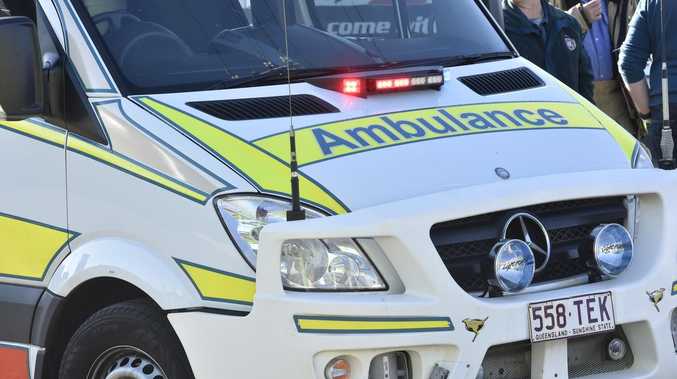 News DURING a year which has plagued the hospitality industry, a Western Downs business...