HOPE for rain and positivity that it's on its way was a sentiment shared by many at the Darling Downs Cotton Growers Annual Awards Night, keeping spirits alive after a tough season.

Hundreds of growers from around the region gathered at the Dalby Events Centre on Friday to celebrate their success despite the dry weather, and catch up with mates.

Darling Downs Cotton Growers Incorporated president Georgie Kreig took to the stage with a message of hope and summed up the year that was for cotton on the Downs.

"Recently I was looking through the rainfall figures from 1928 to now and the lowest annual rainfall received was 368mm in 1951, so far this year we've received 124mm so I'm working on the law of probability that it will rain,” she said.

"Unless we're going to receive well below our annual rainfall, the probably of us receiving 244mm between now and December 31 is increasing each day. It will rain.”

Ms Kreig said the evening was not just about celebrating the award winners, but coming together as a community to support each other through the drought.

"A lot of people get together at things like this you can just get away from the dry weather and everything else going on in your life and just have a general catch up with friends,” she said.

"We're not just a group of farmers growing cotton, we're a community of friends that's developed over 10, 20, 30, 40 years or as old as you are and as old as you've been in the industry.”

The evening also acted a fundraiser for Are You Bogged Mate, an organisation helping blokes in the bush talk about mental health and providing them with support. Together the crowd raised almost $8000.

Check out our gallery from the evening.

One of Australia's largest batteries comes to southwest

News ONE of Australia’s largest grid-scale batteries is set to power up to 57,000 homes when it is built-in southwest Queensland and create dozens of jobs.

News The child was transported to Roma Hospital after the crash. 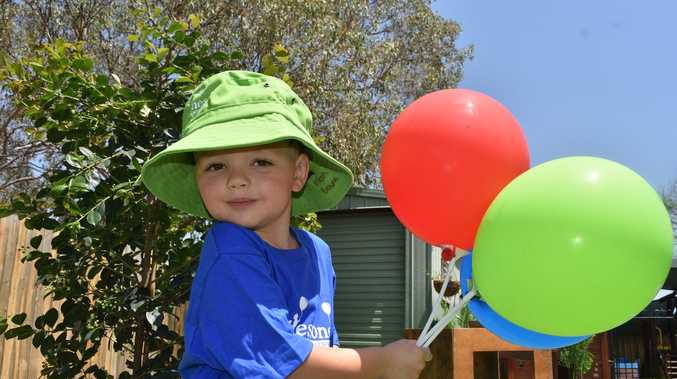 News Milestones Early Learning in Dalby is throwing open its doors to welcome people into the world of child’s play.

Banding together to raise funds to farewell young mother

Move it or lose it? Exercise could help keep dementia at bay Business Jeanswest owes $50m to 1200 creditors, including its staff.

News All the latest crime news from across our region.