UPDATE: Investigations are continuing into the death of a man in Goondiwindi overnight.

The incident will be treated as a death in custody and will be overseen by the Ethical Standards Command.

Police were called to an address at about 6pm following a 000 call and spoke to a man inside the house.

The man reportedly made a number of phone calls, then discharged a firearm and was found shortly after by police.

It's reported the man died of a self inflicted gunshot wound.

Police media today said police did not storm the house, there were no suspicious circumstances and no criminality surrounding the man's death.

Police are currently processing the scene for the coroner.

"I don't think we've had a case like this before," he said.

"It's such a sad event for a small town, only 6000 people and everyone knows each other"

"I heard about it this morning, but have been waiting to hear more from police before I can comment any further."

EARLIER: A MAN is dead after a 000 call to police in Goondiwindi last night.

Officers attended the scene about 6pm and were understood to be negotiating with a man inside the home.

A police spokesman said the man was making phone calls while police were talking to him and soon after the man discharged a firearm.

He was found inside with a fatal gunshot wound shortly after.

A report is being prepared for the coroner.

If you or anyone you know needs help: 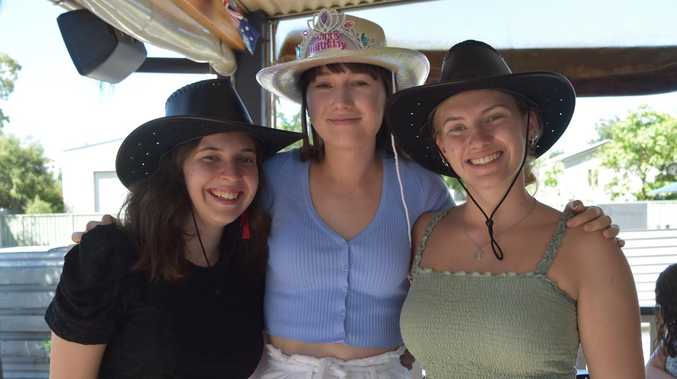