Drug dealer, 17, had client base of 65 customers

Drug dealer, 17, had client base of 65 customers

CONVICTED drug dealer Jason Brian Tenardi had a client base of 65 people at the tender age of 17, a court has heard.

Tenardi, now 18, had started dealing marijuana in December 2014 but by July last year he was also selling MDMA and LSD in the Nambour area.

"He has engaged in this activity in a fairly business like way," Mr Cummings said.

All up, the enterprise lasted about nine months, including a short pause when Tenardi moved home.

Mr Cummings submitted Tenardi should have served some actual prison time for his crimes.

"His goal for the future is to do a small business course and set up a landscaping business," Mr Crews said.

He said his client had taken on part-time work and was engaged to be married.

Tenardi's fiance was in the public gallery of the court for the sentence.

Mr Crews said the profit his client made was detailed as being $840, but Judge Leanne Clare said she found that difficult to accept.

He said references spoke of Tenardi's commitment to turning his life around.

Judge Clare noted Tenardi had made some admissions to police when he was arrested with marijuana in his possession but had also tried to persuade them he was only selling marijuana.

She noted the times when Tenardi had reached out to his marijuana customers to offer them other drugs.

"It was the conduct of a confident, organised, street-level dealer," Judge Clare said.

She said the evidence from Tenardi's referees suggested he had matured.

Tenardi was sentenced to three years in jail, immediately suspended.

He was also placed on a three-year probation order with a condition that he submit to drug testing and ordered to perform 200 hours of community service.

News THE Chinchilla organisation is hoping to help tackle the rampant youth crime problem by teaching at-risk youths to go against the grain and learn new skills.

Weather Queensland is again sweltering through 40C+ temperatures with the mercury hitting a scorching 44.6C this afternoon as a suffocating heatwave continues.

News A dad pleaded guilty in the Roma District Court after he raped his partner’s daughter about 40 times, labelling attacks as 'education for a future boyfriend'.

News CRIME-SPREE: Teens from Toowoomba and Cunnamulla charged after a south west crime-spree left an elderly Chinchilla resident violated after his car was stolen.

Fame does not give Hayne ‘pass’: court

‘Bash’ brothers ordered off island over fears of a bloodbath

LNP hasn’t ‘had a great record in Queensland’: Crisafulli 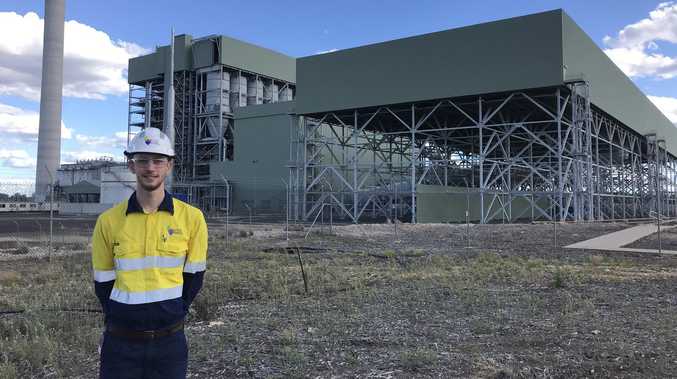 Politics Coal-fired power station is set to reap the benefits of the Queensland Government’s budget, receiving millions for refurbishments and enhancements for safety.

Politics MILLIONS in funding from the State Government’s budget will help train Western Down...

News THE Tara Camel Races have been cancelled with organisers pointing to the...

News Despite work commencing on Gatton’s road train facility, one local leader is...