by Staff Writers with AFP, AP
0

ROMELU Lukaku netted a brace as Manchester United eased into the FA Cup quarter finals, while West Brom's woes continue with a loss to Southampton after Jonny Evans was stripped of the captaincy.

It was a routine win for United over an Aaron Mooy-less Huddersfield, Swansea were consigned to a third straight replay, and Brighton's record signing Jurgen Locadia opened his account in their 3-1 victory over Coventry City.

Here's a wrap of all the overnight FA Cup action!

Sheffield Wednesday held Premier League side Swansea to a 0-0 draw in their FA Cup fifth-round match on Saturday as visiting manager Carlos Carvalhal made his first return to Hillsborough since he was released by the second-tier team on Christmas Eve.

Carvalhal has had a positive effect on Swansea since joining four days after his departure from Wednesday, with the Welsh club losing once in 12 games in all competitions under the 52-year-old Portuguese.

The two teams will now meet in a replay at the Liberty Stadium later this month.

Misfortune comes in threes, so the saying goes, and West Bromwich Albion knows it well.

Capping a miserable week, West Brom was dumped from the FA Cup by Southampton, a 2-1 winner in the fifth round on Saturday.

The latest defeat for the English Premier League's bottom club came after four West Brom players faced a Spanish judge following the alleged theft of a taxi during a training camp in Barcelona.

Wesley Hoedt was unmarked when he gave Southampton an 11th-minute lead, and Dusan Tadic made it 2-0 with a clever chip over goalkeeper Ben Foster early in the second half.

Salomon Rondon pulled a goal back with a spectacular first-time shot with half an hour left but it wasn't enough to save West Brom.

Brighton's Jurgen Locadia scored on his debut in the 3-1 win over Coventry City who, after knocking out Stoke City in the third round, failed in their attempt to make FA Cup history by becoming the first fourth-tier side to beat two top- flight teams in the same season.

There was never much chance of that with Brighton's record signing Locadia scoring with his first shot on target after 15 minutes and Leicester City loanee Leonardo Ulloa, who is in his second spell with the Seagulls, rounding off the win after Connor Goldson netted his first goal in almost two years. Jonson Clarke-Harris scored Coventry's consolation.

Debate over the merits of video assistant refereeing was again raised as a Romelu Lukaku double eased Manchester United into the FA Cup quarter-finals in a 2-0 win at Huddersfield despite a controversial call going against Jose Mourinho's men.

Juan Mata thought he had put United into a 2-0 lead just before half-time only for the Spaniard's effort to be ruled out by the video referee after a lengthy delay, and without conclusive proof the officials on the field had made the wrong decision.

Thankfully for United, and the authorities, that decision didn't have a definitive influence on the outcome as Lukaku struck early in both halves to take his tally for the season to 21.

Brighton and Southampton were also fifth round victors to join Chelsea and Leicester, who beat Hull and Sheffield United respectively on Friday, in the draw for the last eight later on Saturday.

United were without Paul Pogba due to illness as a frustrating few weeks for the Frenchman continued after a dramatic dip in form that has seen him hauled off by Mourinho in recent defeats at Tottenham and Newcastle.

Mourinho made six changes in all from last weekend's shock reverse at St. James' Park, but his decision to retain Lukaku paid dividends when the Belgian burst onto Mata's pass to open the scoring inside three minutes.

Mata then had the ball in the net himself a minute before the break. A delay in referring the decision was exacerbated as the lines used to help the video official decipher offside decisions appeared to be far from straight.

United were left to mull over their grievance at half-time, but quickly ensured it wasn't to cost them too dearly as a brilliant one-two between Lukaku and Alexis Sanchez freed the former to slot low past Jonas Lossl. 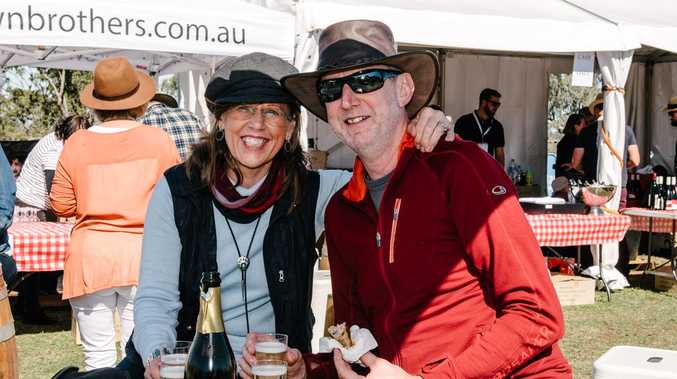 Crime A search of a rural Western Downs home resulted in a young Kogan man being charged with drug related offences.

Rural Keen fishermen in the Western Downs have banded together with one of Australia’s...