Crimes of court fashion, accused of 'disrespecting the law'

Crimes of court fashion, accused of 'disrespecting the law'

FIRST impressions count, and nowhere is that more evident than in a courtroom.

The culture of the courtroom has always demanded a certain formality, as an indication of respect for the law.

At Ipswich Magistrates Court though, most people these days seem to prefer comfort over formality.

Earlier this week, Breanna Daphney Potter was told off by Ipswich magistrate Stuart Shearer when she turned up to court dressed in "gym clothes".

The 20-year-old had showed up to court in a Nike singlet and women's running shorts.

It prompted Mr Shearer to give Potter a public dressing down and told the Raceview woman that she looked like she was going to the gym.

He said the courtroom was a formal place and Potter was expected to dress appropriately.

However Potter is by no means the only one guilty of courtroom fashion crimes.

At the Ipswich Courthouse yesterday, a number of people stood before the magistrate in clothes that could indeed be considered too casual for court.

Thongs were a popular item, as were board shorts with the odd singlet to be seen as well.

One man, Daniel Brett Qualischefski pleaded guilty to failing to take reasonable care with a syringe dressed in thongs and footy shorts.

His attire was complemented with a t-shirt that had a flaming skeleton riding a motorcycle on it.

James Gill-Clark could have well been headed to the beach after his court appearance.

The 20-year-old faced court for his unlicensed driving matter in thongs, shorts and a surf brand t-shirt. 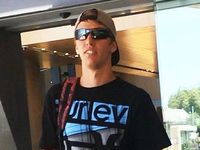 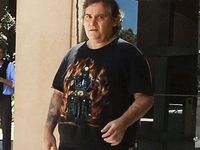 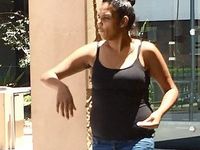 Robert Bruce Ives, 36 also flaunted the beachwear look in Aussie boardshorts and pluggers when he appeared before the magistrate to plead guilty to drug-driving.

Solicitor Amy Little of M.A Kent and Associates said people seemed to mostly have a "relaxed" approach to how they dressed for court in Ipswich.

Miss Little said she generally advised her clients to wear clothes that showed respect for the court.

"For example, you should never wear a cap or sunglasses when in the courtroom," she said. "Women should also try and wear something that covers their bra straps.

"Most people are in court because they have done something wrong, so you would think they would want to make the best impression possible."

News A Dalby State Emergency Service group leader has been recognised for her tireless efforts to empower women in a primarily male dominated organisation.

Property More than 600 acres of prime agricultural land in the Western Downs will go under the hammer at an exclusive online auction. ALL THE DETAILS HERE!

Fast looks but this SUV fails to live up to the exterior...

Crime A targeted raid on a Dalby father’s home by police uncovered several ounces of drugs and utensils.

Crime It’s not just cannabis, MDMA, alcohol and meth that Dalby drivers will be tested...

Crime Dalby’s Road Policing Unit decided to intercept the young man after he was observed...