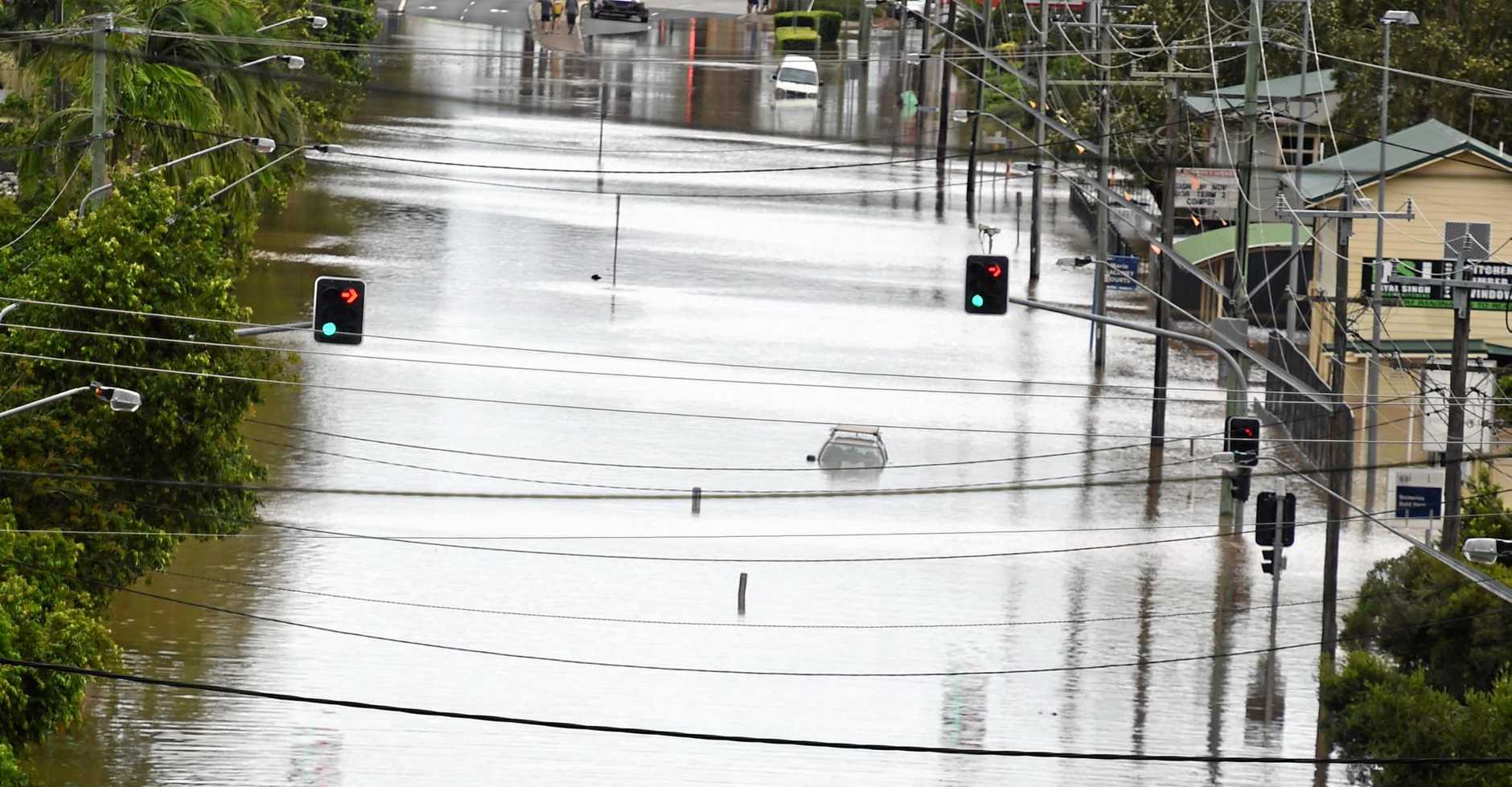 AS TOWNS and cities across Queensland and New South Wales pick themselves up from the beating handed out by ex-tropical Cyclone Debbie, stories keep on coming showing the both the seriousness and the lighter side of natural disaster.

From across the affected regions, we picked five of the biggest moments showing exactly how much damage Debbie decided to cause.

The story of Helen Muller and Popa the Jack Russell shows the story of the entire region. Helen and Popa spent 36 hours cowering in the safest place inside their old home - the bathtub.

"We were in the bedroom and we heard it coming and I just picked him up with my wireless and my mobile phone and came down to the bathroom," she told the Whitsunday Coast Guardian.

"I didn't have a clue what was happening outside and I heard the back door cracking. I rang my sister and said 'I don't think you are going to see me and the dog any more'."

A smartphone photo of his smiling grandson helped 67-year-old Sandy Petrie keep going even as his family believed he had died in the flooding.

Mr Petrie was preparing to flee rising floodwaters at his business in Lotus Creek, about 100km away from Rockhampton when the floodwaters proved to fast - they washed away the car he had been loading. He was forced to take shelter in a home he feared may be washed away by the powerful water.

The car was later found wedged between trees and Mr Petrie was reported missing just before waters receded and he was able to walk out of his home, shaken but unharmed.

Those now in Rockhampton are preparing for record flooding due to hit the city early this week. The Fitzroy river was already beginning to flood on Saturday.

Amid evacuation orders and widespread destruction, one Mackay GP made it through the cyclone by treating patients under the light of torches.

He told the Daily Mercury the clinic lost power along with much of the region when the cyclone passed through in the early hours of the morning.

"Through a cyclone (the Northern Beaches clinic) is a beautiful building to be in as it's nice and solid," Dr McIntosh said.

"The problems really arose afterwards when we lost power and then the morning after the cyclone passed we started getting all the injuries and people needing assistance."

"We saw up to 60 people a day in each clinic ... there was lots of trauma, people falling over and injuring themselves, we've had head injuries, lacerations starting the morning after the cyclone and the windy nights afterwards that seemed just as bad as the night the cyclone hit."

As Cyclone Debbie became an ex-tropical cyclone and moved south, the rest of Queensland braced for the torrential rains and high winds.

The entire Sunshine Coast took a beating in the severe weather, with roads closing under flash flooding and power lines coming down in the hundreds.

A video captured one powerline exploding in the wild weather. Most homes had their power restored by Friday, but hundreds were still in the dark on Saturday morning thanks to the extreme damage to the network.

As other areas moved into clean-up mode, Lismore CBD was going underwater. It was the centre of national attention on Friday as the region suffered through record floodwater levels.

One person was killed in Murwillumbah.  A 64-year-old was killed when their vehicle was washed away in Muswellbrook.

It was a dramatic rescue from the fast-flowing waters in the CBD that drew attention early on Friday.  A man caught off-guard by the rising water had to be pulled to safety by the swiftwater rescue team.

Northern Star photographer Marc Stapelburg was covering the floods in the CBD at the time and captured the rescue on camera.

Emergency services said it was one of the most technical rescues they had executed during the disaster. 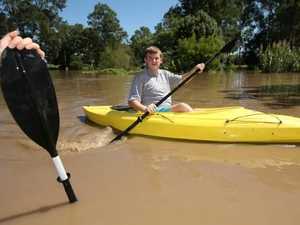