THE Chinchilla Open Tennis Tournament was a smashing success with a few locals coming out on top, and talent travelling across Queensland to compete.

President of the Chinchilla Tennis Association Brad Hubbard said it was great to see everyone back on the courts.

“The tournament draws people from around the district together, which at the moment, the way the virus is, people were getting out less, so events like this are really good for the people within the region,” he said.

“Charmaine also won the singles, so she did really well today,” he said.

“Overall, the standards have been good, and the participation is good, and it’s also great to see good sportsmanship.”

Travelling 550km to attend, the boys from Emerald & District Lawn Tennis Association Inc made the epic journey out west to compete, and to support regional Queensland towns doing it tough.

“We’re doing a tour to support little country towns in tennis… because of COVID-19,” Bennet said.
“We know how hard it is to run a tournament as we run a couple of our own, and we appreciate the clubs that make the effort - so we want to support them.... as well as putting the stimulus package back into the bar.

“Out here the country atmosphere, the camaraderie, the friendship – it’s second to none, and full credit to Chinchilla, everyone is lovely and so accommodating.”

The biggest win, Bennet said, is players being able to complete against new talent.

“It would be fantastic to see Chinchilla visit our club and support us as well.”

Mr Hubbard said the tournament was a testament to the great work of Don Bell.

“He’s a very experienced tournament director and people always enjoy participating in the tournament he runs,” he said.

“It’s good to see that Chinchilla can hold an opens event that people think is worth travelling to play in.

“The facilities are looking great, and that’s thanks to the hard work of club members.”


Check out the epic 100+ photo gallery below: 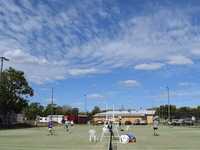 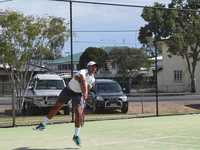 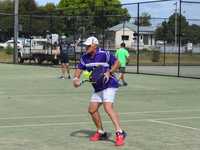 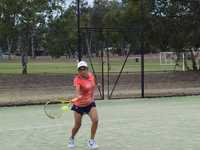 ELECTION WRAP: What happened and what it means for Warrego

Diverse talent of regional artists on show for cultural night...

Council News WESTERN Downs residents are encouraged to relish in the region’s most creative talents for the Regional Artists’ Exhibition opening next month.

The Warrego election as it happened

News SEE how the Warrego election followed out on the night of the 2020 Queensland Election.

The race for Callide, as it happened

News HERE was our rolling coverage of the seat of Callide for 2020's Queensland Election.

One Nation on the outer as vote nosedives

Magistrate to hoon: ‘grow up, grow a brain’

PM’s move that turned off Qld

How incumbents are feeling as waiting game continues

Winners and losers of the Qld election

Maranoa veterans and organisations up for top workplace...

News VETERAN organisations and returned serviceman in the federal electorate of Maranoa can now be nominated for their tireless efforts in their workplace. FIND OUT HOW:

News THREE Callide hopefuls share their prospects of winning and the feedback they’ve...

Health During Mental Health Month, Rural Aid asked their counsellors to share what they...

News TWO of Warrego’s candidates share how they’re feeling about their chances and where...