Anderson will break my record: McGrath

Anderson will break my record: McGrath

by Ben Horne
0
CRICKET: Glenn McGrath says it's inevitable he will hand over his mantle as the top fast bowling wicket-taker in Test history to Jimmy Anderson, an accolade he believes the English swing king deserves.

Anderson has endured some horror tours of Australia in the past, but despite England's failures this summer, the 35-year-old pace leader has shown the way with 16 wickets at an average of 26 runs for each scalp.

Meanwhile, another former Australian Ashes star Stuart Macgill was in the SGC nets mentoring England debutant-in-waiting Mason Crane, a leg-spinner after his own heart.

Despite his age, Anderson has at least shown he might have another 18 months in him, long enough to get to a potential Ashes farewell on home soil in 2019.

Anderson has 522 career wickets and is fast closing in on McGrath's mark of 563 - only spin trio Muttiah Muralitheran, Shane Warne and Anil Kumble have more.

McGrath, who played until age 37, reached his record in just 124 Tests (Anderson has already played 133), but the Australian great said Anderson has left no doubt this summer that he is a champion of the game and of Ashes cricket.

"If he's got a couple of years left in him he'll do it quite easily," said McGrath, who is proudly celebrating 10 years of the McGrath Foundation's Sydney Pink Test.

"Good luck to him. To have played as many Tests as he has and taken as many wickets just shows a quality bowler. The nature of the beast being a fast bowler (means), to play that many Tests to start with is a good achievement.

"If he plays long enough he'll get me and deservedly so."

McGrath said there have been few more dangerous bowlers than Anderson when the ball swings, and even when he hasn't this Ashes series, he's shown his rare skill in a losing team.

"When the ball's swinging around he's as good as anyone in world cricket. His record speaks for itself," McGrath said.

"He's come out here, the tracks have been not your normal quick, bouncy tracks but he's done well.

"There's been a few other tough times (in his career) but I think the Australian public have seen Jimmy when he's performing and how hard it is for the batsmen to face him. He's done better this trip, but his record speaks for itself."

One of McGrath's Ashes trademarks was the wood he held over former England captain Mike Atherton, dismissing him a record 19 times in Ashes cricket.

McGrath admits Moeen will find it hard to break the shackles of being Lyon's bunny if he's lucky enough to survive the axe for the Sydney Test.

"When you've got a bit of an edge over someone it is always in the back of their mind that you've got someone out quite a few times," he said.

"Whether Nathan will come out and do that I'm not sure but it is one of those things.

Crime THE defendant was pulled up while “buying smokes”. Now she won’t be able to drive to buy smokes until 2021.

News CREWS are arriving at the scene of a fire near Wandoan.

House gutted by thieves while owner worked away

News A Western Downs man came home to find his toaster stolen - along with everything else.

Hundreds of job opportunities for the Western Downs

News MORE than $4.1 million of funding will be delivered to the region, which is expected to create or support 208 jobs, thanks to the Queensland Governments $6 billion...

How cops took down baggage handler in $10m drug sting

‘Magical’: 500 paddle out at Narrabeen for Chumpy

Grandmother rattled after egg hurled at her from moving car

Meet the man distilling spirits in the High Country 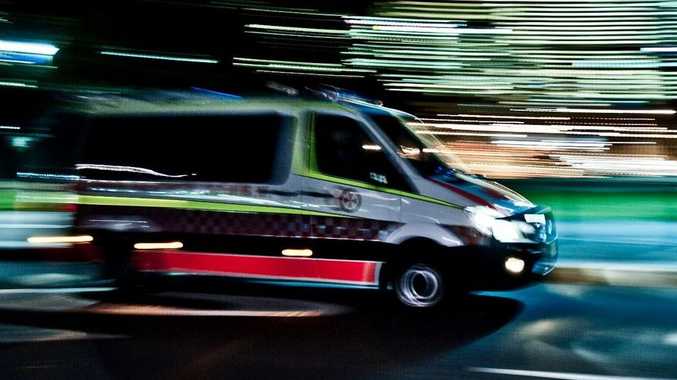 Crime POLICE bodycam footage shows the woman high on meth and launching a violent and...

News POLICE reveal how many people were turned away at two southwest border crossings as...