Under the PM's $500 million First Home Loan Deposit Scheme - due to be rolled out on January 1 - 10,000 eligible borrowers will be able to get their foot in the door earlier.

At the moment, buyers usually need a 20 per cent deposit to avoid paying mortgage insurance.

But under the Coalition's scheme, participants would only need a 5 per cent deposit, with the Government guaranteeing the rest and covering the mortgage insurance under a special loan.

But an explosive Australian Financial Review article published yesterday revealed our financial institutions are allegedly considering hiking up interest rates for first-home buyers who use the scheme.

"Big banks are seeking the flexibility to charge higher interest rates under the Morrison Government's scheme to help first-home buyers because of the increased risk of lending to first-time borrowers with as little as 5 per cent deposit.," reporter John Kehoe wrote.

He claimed "bankers are concerned that home buyers with deposits as little as 5 per cent of a property's value will be riskier than other first-time borrowers" and "some banks want to be able to charge higher interest rates to low-deposit users of the taxpayer-guaranteed mortgages to reflect the greater risk of default."

However, that alleged plan has been slammed as "unfair" and even an example of "profiteering" by critics.

Independent economist Saul Eslake told news.com.au he was not a fan of the scheme in the first place.

But he said the Government had made a specific provision to eliminate the risk of taking on borrowers with 5 per cent deposits.

"I'm not a great fan of the scheme, but I don't think there is additional risk for banks. As I understand it, the component of the deposit the first-home buyer doesn't have is guaranteed by the Government," he said.

"Although I'm reluctant to use the word, there appears to be an element of profiteering."

Mr Eslake said if the banks did charge higher interest rates for users of the scheme, it would "offset the intention of the scheme".

He said while bank margins were under pressure due to significant falls in earnings across the board, he wasn't convinced the scheme posed any extra threats to financial institutions.

He's also concerned it could end up driving up prices.

"My criticism of the scheme is that it could mean people end up paying more - not in Perth maybe, but in Sydney or Melbourne, where the market appears to have turned," he said.

"We're only talking about 10,000 people, but in principle there could be an upward pressure on prices."

"I'm not sure why the banks are complaining about it … first-home buyers are seen as a very safe option because they're usually young, at the start of their income-earning lives and they're usually not spending a lot of money on their house … so I think they're overblowing it," she said.

Ms Conisbee said banks were under increased pressure and were receiving "inconsistent messages" to increase lending but decrease risk - but said their reaction to the plan was likely unwarranted.

"It's unfair - the whole idea of the scheme is to help people who can't get handouts from their parents and who rely on lower incomes. (Charging higher interest rates) would negate a lot of benefits of the scheme," she said.

She said while some believed it could push prices up, any increase in costs would be nowhere near that caused by previous investor activity, which was now down by around 40 per cent from earlier levels.

And in an interview with Sky News yesterday, a clearly unimpressed Liberal MP Tim Wilson also said the banks needed to provide "hard evidence" to back up their concerns.

"At this point they've only raised the concern, they've not provided evidence or substance, at least in the public domain, to justify those concerns, so it's up for them to put up and shut up," he said.

"Unless they're saying the Government's money isn't worth anything, it should have no basis."

He said he wanted to see "evidence on the table" instead of "an excuse to charge higher interest rates".

Meanwhile, the National Housing Finance and Investment Corporation (NHFIC) - the body which will run the program - has declared Aussies accessing the scheme will get loan prices that are "in line with or better than" deals now on offer from lenders, according to The Australian.

The agency vowed banks would not be allowed to hike up interest rates and said lenders keen to take part in the scheme were willing to be competitive, and that the "competitiveness of loan products offered - including interest rates and other fees - is a key evaluation criterion for selection as a participating lender".

Crime THE 78-year-old man argued with police that he shouldn’t have to pay a fine for a mistake that was his fault.

News WITH a heavy heart, organisers made the tough decision to cancel the Tara Folk Music Festival as COVID-19 cases rise. 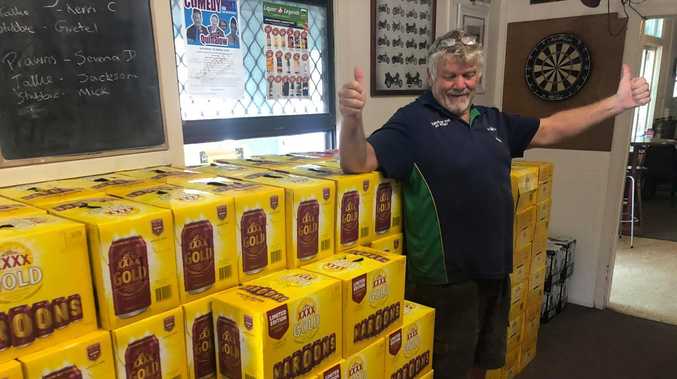 How this Western Downs pub turned pandemic into profit

Rural A GLOBAL pandemic and a shock cancer diagnosis is how this Western Downs business owner kicked off 2020, but that didn’t stop them from turning it around

How much the new Samsung will cost you

REVEALED: Spike in coronavirus testing across the Western...

News CONCERNS about a second wave of coronavirus in Queensland has resulted in a spike...

Crime People are testing every route in, no matter how isolated