How 17-year-old Lauren saved eight lives in one night

How 17-year-old Lauren saved eight lives in one night

DAY is just breaking over Middlemore Hospital in Auckland, New Zealand. It's a new dawn, but Wendy Hastie's world is crumbling around her.

Lauren Hastie lies on a hospital bed. The only evidence of the crash is a small cut on the side of her head. She breathes, her heart beats-but Lauren is gone.

And Wendy remembers a conversation in the kitchen, years before, as Lauren filled out her driver's licence form.

"Organ donation, I'd like to do that," Lauren said as she ticked the box.

She never thought anything more of it, not until the doctor gives her the worst news a mother can receive. Lauren was a careful girl.

"She's an organ donor," Wendy tells the doctor. She hasn't quite realised the depth of her loss. The grief will hit soon.

The doctor seems incredibly grateful. Wendy doesn't realise why-not yet.  She just knows that this was what Lauren wanted.

Wendy and Ian Hastie moved from New Zealand to the Sunshine Coast eight years ago-four years after a car crash took the life of their 17-year-old daughter.

"It was very difficult after Lauren died," Wendy says.

"I think basically to keep our sanity, we actually had to move, to move on with our lives, at the end of the day. The grief is horrendous. To lose a child, it's the worst thing you can lose in this life."

The Hasties' home backs onto a tree-lined canal in the furthest reaches of Pelican Waters in Caloundra.

A coffee table in the corner of the lounge room is covered in framed photographs, many of showing smiling portraits of Lauren. The house seems spotless, but Wendy brushes crumbs off the couch before taking a seat.

Wendy is 64 now, and works as a bookkeeper. Lauren would have turned 30 in March.

She is now a vocal advocate for organ donation and speaks at schools and organisations across the Sunshine Coast.

She knew nothing about organ donation when Lauren died, but is thankful for that conversation in the kitchen. "I would hate to have thought, further down the track, now that I know all about organ donation… I'm so glad that we carried out her wishes," she says.

Lauren donated her pancreas, lungs, kidneys, corneas, liver, and heart valves to eight recipients. She kept her heart, damaged as it was after hospital staff tried to save her life.

Your story: Why organ donation is so important

"They use the corneas for people who've got eye problems, and that was the best thing that I heard about all the organs," Wendy says.

"Her eyes. Somebody can now see, because they've got her beautiful eyes. I think that's kind of special. She'd be up there going, 'Yay, I did the best thing.'"

One donor received a kidney and pancreas from Lauren. His family saw Lauren's story on the news. "They put two and two together," Wendy says.

He wanted to speak to Wendy, and contacted the organ donor foundation.

"The organ donor foundation spoke to me," Wendy says, "A psychologist spoke to me, to make sure I wasn't loopy I guess, and they gave me his phone number."

That phone call marked the beginning of a lifelong friendship. "A couple of years ago, he and his wife came over here on holiday," Wendy says.

"He came with me to one of the talks I gave. I think it was at Caloundra High.

"He sat there and he listened, and there wasn't a dry eye in the room afterwards.

"It was good, because these students could see this guy who had been given about a month to live, and he'd resigned himself to dying, and now he's alive because of the gift that Lauren has given him."

The Australian Organ and Tissue Donation and Transplantation Authority's 2013-14 annual report showed an eight per cent drop in donations in Queensland. Australia already has one of the lowest organ donation rates in the developed world. Between one and three Australians die each week waiting for a transplant that never comes.

"Those people are lucky that they have dialysis to sustain them, whereas if you need a heart, pancreas, liver or lung transplant, there's nothing really that we can provide medically that will sustain you," she says.

Donation preferences have been recorded in an online registry since 2005, rather than being recorded on driver's licences.

Donate Life Queensland spokeswoman Shelley Waller says the change was made to prevent rushed, uninformed consent when young people applied for their licence.

The deceased's family still has the power to override registered decisions on organ donation.

Upson says this is done to respect the family's grieving process. "We want donation to be a positive thing for the family," she says. A 'gift' can't be forcibly given.

That change was initiated after the Rudd government announced a major reform in 2008 of organ donation in Australia. Then-Prime Minister Kevin Rudd was a great supporter of organ donation, having received an aortic valve transplant in 1993.

The $150 million reform kicked off on January 1, 2009 when the Australian Organ and Tissue Authority and its sub-branch DonateLife were established. Around this time, Australian authorities really began to ask: what makes us want to donate?

'The gift of life' had been the catchphrase for organ donation since highly influential socialologist Richard Titmuss emphasised the need for altruistic motives in organ donation in the 1960s and 1970s.

He discovered paid donors (especially donors in desperate financial situations) were much more likely to lie about having diseases like Hepatitis.

But a 2008 report released by the Australian Department of Parlimentary Services says true altruism as a motivator is unrealistic.

Organ donation improves a donor's sense of self-worth, and helps the family deal with grief, the report says, and arguments like these influence potential donors more than a call to altruism, which is little more than an ego-boost to donors.

This has certainly rung true for Wendy as she learned to deal with her grief. "I describe it," she says, "when I talk to the kids at the schools, it's like somebody reaching into your heart and squeezing it and pulling it out." She reaches for her chest, as if removing her heart. "I can remember sitting up in her bedroom, just on the floor, just wanting to die. It's horrendous."

Did organ donation help her cope with Lauren's death? "Heck yes" is her reply. "It wasn't such a waste of a young life," she says. "She's helped all these people."

Twelve years after the horror and heartbreak, and Wendy and Ian are now preparing to return to New Zealand to help their son raise his one-year-old daughter - the niece Lauren never met. The child's name is Isla Lauren Hastie.

Above all, Wendy urges donors to make sure their families understand their wishes. "The most important thing is that you talk to your family," she says. "Nobody wants to talk about dying and people just don't think it's going to happen. You never like to think about anything happening to you, or your family or anything like that, but I think it is something that people need to talk about and discuss, because things happen in a split second, life changes in a split second." Fittingly, a clock chimes as she speaks.

Although more potential candidates were flagged for organ donation in Australia, 2014 showed a drop in family consent, particularly in New South Wales.

Organ donation will always be burdened, to some degree, by its morbid nature.

Science has dabbled in organ and tissue transplantation since the 19th Century, at times with horrifying results for human and animal subjects.

Head transplantation research recently returned into the media limelight as Italian surgeon Sergio Canavero unveiled plans that saw him splashed across the world media: Dr Canavero will attempt to detach a human volunteer's head and reattach it to a new body.

He plans to perform the surgery on a Russian volunteer in China or the US in 2017, as the research has been condemned in most other countries.

But this is just the unfortunate flipside to what Wendy calls a "beautiful" endeavour that can bring happiness to the donor, the receiver and families of both.

Although Lauren wasn't able to donate her heart, her choice restored a little of her mother's.

More than a year after Lauren's death, Wendy returns to Middlemore Hospital. She speaks to the nurses who retrieved the organs and tissue from her Lauren.

And something one of the nurses says will stay with her forever:

"We remember every one." 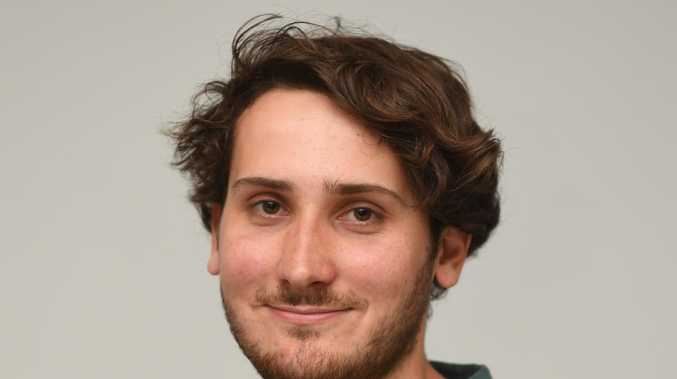 Meet the team delivering Dalby news to you

News Emergency services rushed to reports a hang glider had crashed landed next to a highway south of Dalby. MORE DETAILS:

DON'T MISS OUT: Activate your bonus for big rewards

Smarter Shopping We know you want the best of local news and we’re delivering, but did you know you can get even more – for free?

Fireys race to truck fire as wheat goes up in flames

Breaking Multiple fire trucks are racing to Condamine to get a truck fire under control. DETAILS:

‘I was in shock’: Influencer’s legal hell after Airbnb claim 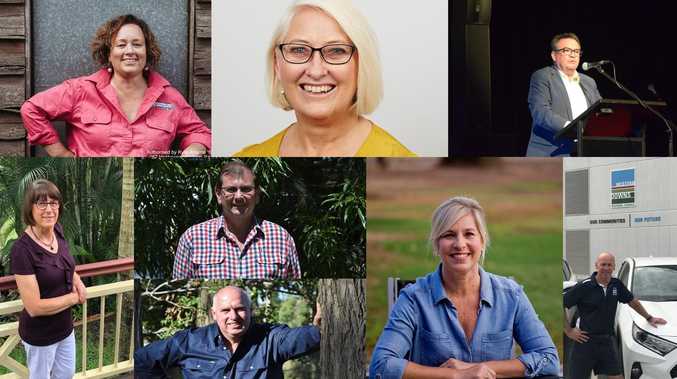 News From a Western Downs golf club’s reportedly large water bill, to a proposed rainwater tank subsidy, here’s what will be discussed at council’s next meeting.

News Cast members acclaim several World Championship titles and have travelled all over...