‘Looking ripped’: How Inglis is preparing for UK move

‘Looking ripped’: How Inglis is preparing for UK move

Exclusive: Greg Inglis is "training the house down" and "looking ripped," according to his new English league club which will bring him over to the UK in December.

The unassuming former South Sydney Rabbitohs, Melbourne Storm and Queensland State of Origin powerhouse is on track to arrive at under 110kg for his Super League debut, despite playing down his fitness.

Chief executive Karl Fitzpatrick said the club had been impressed with the 195cm recruit's work ethic, as he followed their supplied fitness program.

"He's training the house down. He's living on a farm and they have a gym and he's on the rower.

"Warrington's head of performance has sent him a program."

Kayo is your ticket to the 2020 NRL Telstra Premiership. Every game of every round Live & On-Demand with no-ad breaks during play. New to Kayo? Get your 14-day free trial & start streaming instantly

The news out of Warrington casts aside any doubts that Inglis would be taking his foot off the pedal when he joins the UK league, after a two-years hiatus and at age 34.

He won't begin running training until July, but said he had been maintaining his weight.

He is expected to arrive in the UK tipping the scales at under 110kg, with a view to a playing weight of between 105kg and 108kg.

He has been spending time with his extended family in Macksville, north of Port Macquarie on the New South Wales coast.

"I'm back home in Macksville where I grew up in my junior life, seeing family and friends and just getting back and being back in country," the proud indigenous star said in an interview on the Warrington Wolves podcast What Would Bevan Brian Say?

"I let myself go in the first couple of months as most people do when they retire but I have had a lot of time to get back into it."

Inglis said that he was keeping a modest regimen so far, but the club has been ecstatic with the results.

"At home (I'm) keeping light weights, a watt bike, a little dumbbell, not really getting into running yet," he said of his home gym in Catherine Field, New South Wales.

"Just keeping ticking over and watching my weight, getting into running in the next month, or month and a half or so.

"You get me to do a fitness drill, I will probably be two minutes slower than when I had a football in my hands."

Inglis, 33, stepped down from Souths without pay in April 2019 because he had lost his passion for the game and was unable to play to his high standards.

He was also battling shoulder troubles and had suffered a season-ending knee injury in 2017.

Inglis revealed in May that his health had improved after he had been diagnosed with bipolar II, which he was managing with medication after two stints in rehabilitation.

He said he was "passionate about mental health."

"It's helped me out a lot. I can sit here and openly talk about," he said.

He joked that he had quit league because he did not want to play in a "leap year" which happened in 2020, but had changed his mind when his body improved.

"The bottom line of it one my body just couldn't keep getting up," he said.

"When I sit back and think about it going to be two years on when I come back.

"Two years on - my body is feeling fresh, it's been feeling great and I haven't had that since I was 16 years old, two years off actually gives the body time to heal."

The former Storm player and 2009 Golden Boot winner also spoke about the professionalism of that club, which with Craig Bellamy at the helm had set him up for his career.

He said he always jumped in an ice bath before the game at Melbourne Storm.

But when he was at Warrington, about 40 minutes east of Liverpool, he joked: "I'll just have to walk outside."

Inglis, who departed the Storm after the salary cap scandal, contacted the Wolves to ask if he could return to the game for the 2021 season, announcing his shock return to the sport in May, with his former Rabitohs teammate a key factor in getting him to the Halliwell Jones stadium.

Gareth Widdop, a former Storm player has joined the Wolves, and Steve Price, who coached St George Illawarra Dragons, is head coach there.

Clark helped with the introduction to the Wolves, who are also known as The Wire.

There has been some speculation about whether Clark would re-sign for next season, but Inglis said he hoped his arrival would keep him there.

GI remains a hero in Macksville where his mural is painted on the local pub's wall alongside Australian batsman Phil Hughes, who died in a freak accident from a bouncer at the SCG in 2014.

Inglis said that Hughes' death was hard for many people, including his family.

"It was more my sister, they grew up together, same year together, played football together coming through the ranks, his older brother was in my year," he said.

"They just lived around the corner so we'd go around there, kick a footy, play cricket in the backyard that's what you do when you grow up in a small town like Macksville."

The UK Super League will now host three of the NRL's biggest names - the Canadian Toronto Wolfpack signed Sonny Bill Williams on a two-year $10 million deal and the French-based Catalans Dragons have Israel Folau on a one-year contract.

Inglis' turnout for the Wolves was about love, not money, which was the only way that they would have been able to get him in their salary cup.

The club, which is one of the founding league clubs in the UK that started in 1876, has been smashed by the suspension of the Super League season, with training only starting next week and games resuming in August.

They will lose up to $2 million AUD this season, but the ink from Inglis' signing could be their salvation on and off the field.

Inglis' modest pay requests means that there are no obstacles to getting him over because of the pandemic cash hit.

"We had a voluntary salary adjustment across the board and all the players have accepted that," Fitzpatrick said.

"There may be disruption into 2021. It's certainly going to be challenging into the 2021 season, there's church of season ticket holders and whether sponsors will have the money for the 2021 season."

The Wolves, owned by music promoter Simon Moran who was behind music band Take That, have put 140 staff on furlough, the UK equivalent of the JobKeeper scheme, with only seven employees, including Fitzpatrick keeping the lights on.

The next challenge will be getting Inglis to England, with Australians banned from travelling.

Australian Border Force confirmed he would have to apply for an exemption under current rules, which were unlikely to be relaxed before the end of the year, according to recent comments from Tourism Minister Simon Birmingham.

ABF said it does "not comment on individual cases" when asked about Inglis' situation but it was expected he would have to ask permission like everyone else.

"Each case is unique and considered individually based on the information and supporting evidence provided in the application," a statement said.

Inglis said he would miss Australia, but he had the backing of his family and friends for the UK move.

"I was thinking about coming home. Moving back home around my family and buying acreage up around here (Macksville) and to play for the local rugby league side but this opportunity came up and like I said had a good chat with the family and everyone," he said.

"They said this opportunity won't come again so why not?"

Originally published as 'Looking ripped': How Inglis is preparing for UK move 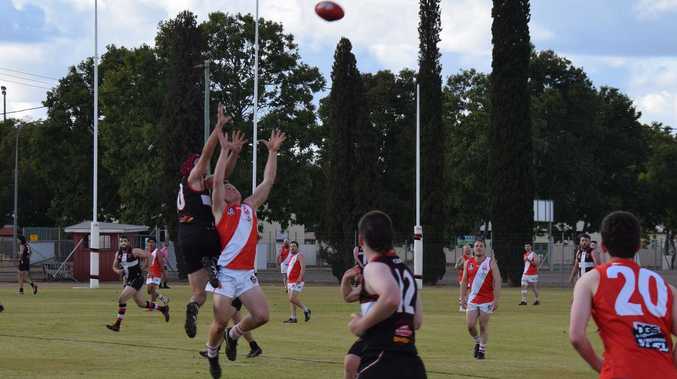