by Staff writers and wires
0

MALAYSIA has decided to abolish the death penalty, a senior minister said on Thursday, with more than 1200 people on death row set to win a reprieve following a groundswell of opposition to capital punishment.

Executions are currently mandatory for murder, kidnapping, possession of firearms and drug trafficking, among other crimes, and are carried out by hanging - a legacy of British colonial rule.

Human Rights Watch hailed the "fabulous news", with its deputy director for Asia Phil Robertson saying the move would increase pressure on other countries in the region to follow suit.

The move means Sydney grandmother Maria Elvira Pinto Exposto, 54, who was arrested in 2014 and found guilty of drug smuggling by an appeals court in May, will win a reprieve.

Australia's relationship with Malaysia has been tense in the past over the country's use of the death penalty and went further downhill in 1986 amid the hanging of Australians Kevin Barlow and Brian Chambers, who were charged with smuggling heroin.

The last Australian to be executed in Malaysia was Sydney barman Michael McAuliffe who was hanged in 1993, also on heroin charges.

The government decided to scrap capital punishment because the Malaysian public had shown they were against the death penalty, communications and multimedia minister Gobind Singh Deo Gobind said.

"I hope the law will be amended soon," he told AFP.

Government minister Liew Vui Keong reportedly said earlier on Thursday there would be a moratorium on executions for inmates currently on death row.

"Since we are abolishing the sentence, all executions should not be carried out," the Star newspaper quoted him as saying.

Mr Liew said the amended law would be put before parliament next Monday. The government's announcement was "an encouraging sign", Amnesty International's Kumi Naidoo said in a statement.

"There is no time to waste - the death penalty should have been consigned to the history books long ago."

The moratorium on the death penalty affects, among others, two women accused of assassinating the estranged half-brother of North Korean leader Kim Jong-un last year.

"The reprieve can be in the form of a life sentence," Gurdial Singh, president of the National Human Rights Society, told AFP.

Two Chilean tourists, currently on trial for the murder of a Malaysian man, would also have faced the death penalty if found guilty of murder.

The abolition could also pave the way for the extradition to Malaysia of a convicted hitman in the high profile murder of a Mongolian model who was the lover of one of ex-prime minister Najib Razak's close associates.

Former Malaysian police officer Sirul Azhar Umar was convicted in Malaysia for the murder of Altantuya Shaariibuu in 2006, but fled to Australia.

Australia has said it can only extradite him if Malaysia abolished the death penalty.

In April last year, Amnesty International ranked Malaysia 10th in the use of death penalty among the 23 countries that carried out capital punishment in 2016.

Between 2007 and 2017, 35 individuals were hanged, the New Straits Times newspaper said.

Malaysian rights advocates welcomed the decision, saying there was never any proof that mandatory death sentences deterred offenders from violent or drug-related crimes.

"The death penalty is barbarous, and unimaginably cruel," N. Surendran, an adviser with the Lawyers for Liberty rights group, said in a statement.

Once capital punishment is scrapped, Malaysia will have the moral authority to fight for the lives of Malaysians facing death sentences abroad, he added.

Only 23 countries retain the death penalty, with China believed to be the "world's top executioner", according to Amnesty International in its report last month on capital punishment in 2017.

There were 993 executions recorded in 2017 in 23 countries, but Amnesty's numbers do not include the "thousands" it says are believed to have been executed in China, which classifies this information as a state secret.

Excluding China, Amnesty says Iran, Saudi Arabia, Iraq and Pakistan - in that order - carried out 84 per cent of all executions in 2017.

News The man told police he didn’t believe he had done anything wrong.

Subbie just wants council to pay him what he’s owed

Close call with fire which destroyed 6.5km of fencing

See why these pooches have 140k Insta-followers

The men and women who saved Alecz Day, reunited

Pub robber found with ice in his bottom cheeks

‘Sick of the boom and the bust’: Gladstone's hydrogen future 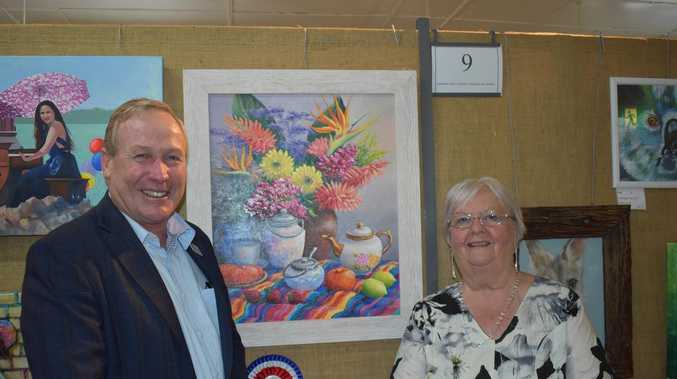