Missing tourist feared to have drowned off Coffs Coast beach

Missing tourist feared to have drowned off Coffs Coast beach

A MAN, aged in his 20s, who is believed to be a bacpacker is missing off a Coffs Coast beach.

Police have been told he was swimming with friends on Mullaway Beach this afternoon when the 22-year-old became caught in a rip near rocks.

A friend went to the man's aid in an attempt to rescue him; however, was unsuccessful and he has not been seen since, police said.

The friend made it back to the beach safely and emergency services were alerted by bystanders around 5.30pm.

The search was unable to find the man and will resume at first light. 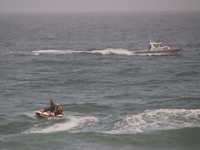 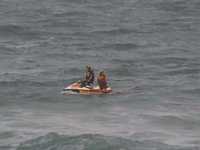 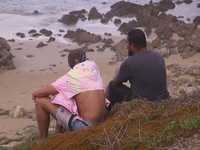 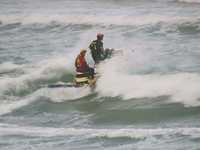 Warm up your lungs, pub choir is coming to Dalby

News Queensland’s beloved Pub Choir is back with a vengeance, bringing rural communities together at their local for a special regional tour following their COVID-19 hiatus.

A-list besties ‘took mickey out of each other’

Howard sledge that got Peacock sacked

Home goes up in flames

The new utes ‘too dangerous’ for Aussie roads

'These are the most toxic traits in marriages'

News An opportunistic Dalby thief’s sticky fingers were heard in court, after he blatantly stole a punter’s pokies winnings from their machine while he was on CCTV.

Crime A father breached a suspended prison sentence after he committed multiple crimes.