IN the past 20 years 12 cyclones have crossed the Australian coastline during the month of March.

And while Debbie may be the freshest in our memories she was not the biggest nor was she the most destructive.

If there's one cliché that rings true for these tropically-intensified storms it is that when it rains it pours.

Often, these weather-monsters strike in the same place twice.

This was the case for the people of Queensland's Airlie Beach who were more or less directly hit by both Ului in 2010 and then Debbie in 2017.

On the other side of the continent the people of Exmouth in Western Australia weathered the strongest wind gust ever recorded on the mainland as TC Vance hit home in 1999.

And they were then pounded by Olwyn 15 years on.

As extreme weather event research Professor Jonathan Nott explained, there's a reason Exmouth and the coast around it always gets hit.

"It's common for that part of the coast to get hit, in fact the whole Pilbara Coast gets hit because cyclones will often curve to the south-east and that coast sticks out to the west," he said.

"Cyclones curve to the south-east a lot of the time so the cyclones will often curve away from the east-coast."

And while that veering pattern protects Australia's east coast, some of the time, as the stories below show - it doesn't always play out that way.

Crossing the north-western coast near Exmouth, Vance wreaked a trail of havoc right through inland Western Australia before finally weakening and exiting through the Great Australian Bight.

Shortly after Vance crossed the coast, on March 22, a wind-gust of 267km/h was recorded at the Learmouth Meteorological Office - the strongest ever recorded on the Australian mainland.

Remote towns had their water and power cut and rail and road links to the eastern states left WA isolated.

In the small town of Onslow a wind gust measuring 174km/h was recorded and a storm-tide left mariners stranded on their barges at a nearby creek.

It had been five years since a major cyclone crossed the Australian coastline during the month of March when Fay formed in the Timor Sea.

Her track as a tropical low had been impressive - raging all the way from tip of the Gulf of Carpentaria, threatening the Northern Territory before finally making the grade as a cyclone and turning on the Western Australian coast.

However WA got lucky with Fay - she made landfall in a remote part of the eastern Pilbara and the hardest hit were 200 workers in a remote mine site.

They weathered through okay by going into lockdown for eight hours.

She's been compared to the archetypal Australian cyclone: Tracy - small but very intense at the core TC Ingrid is the only cyclone to impact three Australian states.

She developed in the Gulf of Carpentaria hitting remote towns on the Cape before moving west and hitting the Territory.

Finally she made landfall on the western Kimberley in WA.

While Fay had sunk several small ships along her path the worst of the damage was unleashed at her final destination - the remote resort of Faraway Bay - where buildings were destroyed and vegetation stripped.

It had been seven years since the town of Onslow was hit by Cyclone Vance when Glenda formed off the north-west coastline.

And as she made her way south - rapidly intensifying to a category 5 - residents in the remote town began to prepare.

Ultimately Glenda weakened as she crossed the coastline and while she brought substantial rainfall - 206mm at Onslow where she finally made landfall - the damage was largely averted.

Forming in the Coral Sea and crossing the Queensland coastline as a category three Larry devastated the area around Innisfail.

Homes and crops bore the brunt of the damage which once tallied amounted to $500 million.

Roads and rail lines were cut for days afterwards as Larry stayed at hurricane strength as he moved over the Atherton tablelands.

He crossed the Northern Territory's coastline as a humble low pressure system before faring out to sea and intensifying off Broome.

By the time TC George hit the coast near Port Headland, on March 7, he was an angry category five.

A ten-minute mean wind of 194km/h was recorded at Bedout Island and at Port Headland gusts reached 154km/h.

Three lives were claimed by TC George - along with numerous injuries.

And as George was making landfall Jacob was forming out near Christmas Island.

Just as George was devastating the area around Port Headland Jacob formed offshore.

And one can only imagine residents' terror as the system tracked south-east from Christmas Island on a relentless march towards Port Headland, which just days earlier had been devastated by another cyclone.

However there was a huge collective sigh of relief when he crossed to the north of Port Headland as a mere category and brought almost no damage.

In the depth of the night - at 1.30am on March 21 - Ului crossed the Queensland coastline near Airlie Beach.

Cane crops were flattened, about 50,000 homes lost power and many boats were damaged during the large swells she unleashed on her way over from Vanuatu where she formed.

There was structural damage to rooves all the way down to Mackay but thankfully Ului fizzled not too long after making landfall.

As the devastation from Ului was being assessed another cyclone formed in the Gulf of Carpentaria.

At his peak George dumped 443mm of rain on Bulman in 24 hours.

A chopper crashed during strong winds at the remote Flying Fox Station and some remote communities suffered food shortages as a result of isolation due to flooding.

It had been a horror season in the Pilbara when Lua looped around in the ocean off Port Headland before intensifying and hitting the coast to the east of Pardoo.

Lua was the fifth cyclone in the western parts of Australia in the summer of 2011-12 and the second to cross the Pilbara coast.

A roadhouse on the edge of Pardoo recorded significant damage while the De Grey river system suffered major flooding.

The exceptional thing about Olwyn was just how far south he travelled.

Before he hit Carnarvon the last cyclone to impact the Western Australian town was in 1960 - before they were named.

And it had been more than 15 years since Vance hit Exmouth in the state's north.

He moved across the Coral Sea - making landfall as a category four beast to the north of Cooktown.

Luckily landfall occurred in an unpopulated area which kept the impact relatively low.

And over the next few days Nathan was steered back out to sea before crossing the Gulf and hitting the Northern Territory.

In the town of Nhulunbuy boats broke their moorings as wind gusts close to 100km/h were recorded. 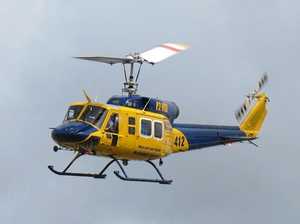 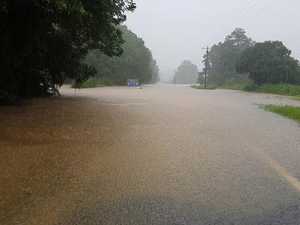 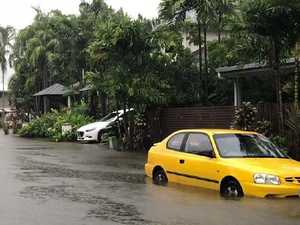 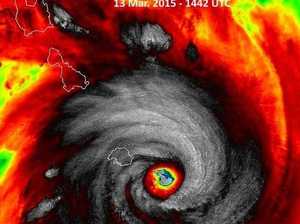