Police are searching for one man who escaped police after bogging a stolen car in a paddock near Cecil Plains.

A Queensland Police Services spokeswoman confirmed two men arrived in Cecil Plains at 5.50am this morning in a stolen vehicle.

They proceeded to steal a second vehicle from a property, and drove off individually.

The victim of the car theft began chasing the men, according to the spokeswoman, and alleged that the men were armed with weapons.

One vehicle has since been located in Tara and the driver was taken into custody. Stolen cigarettes were found inside the car and it's believed the driver was linked to a burglary.

The second vehicle was located bogged near Cecil Plains, and the driver escaped before police arrived.

Police are currently still searching for the second driver.

POLICE have arrested an adult male in relation to a stolen vehicle and unlawful use this morning.

A Queensland Police Services spokeswoman told News police located the white Toyota Land Cruiser being driven by the male at 5.50am on the Moonie Highway.

Police began trailing the vehicle, and when it did not stop or slow down, called for more crews to assist.

The spokeswoman confirmed police pursued at the vehicle down Cecil Plains Moonie Road at Dunmore. The driver was later seen exiting the vehicle near Loudoun Bridge, Dalby, where he was arrested.

He has been taken into custody. 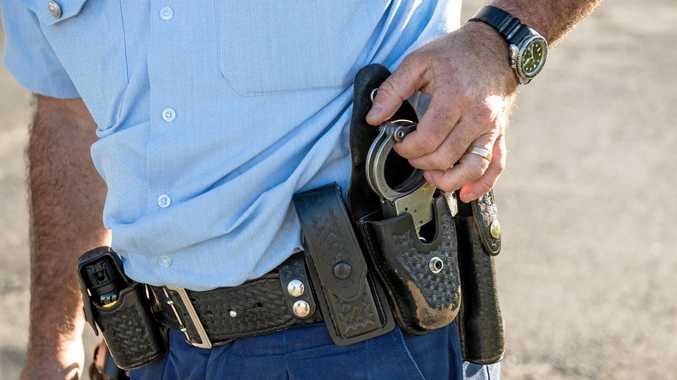 News Police were attending a domestic violence incident when they found the used utensil.

Full list of restrictions lifting in each state from June 1

New homebuyer grants available to all

Two are 'assisting police' after an armed hostage situation

News One southwest shire has started testing as a precaution, after it was revealed a traveller from Blackwater had visited several residents of the area.

News A Brisbane man is missing and his ute was found near Cunnamulla.

Man confused over bail fined a month after getting out of...

News The man was confused about the start of his bail conditions.

News She was stuck in the wreckage for over an hour before emergency services...