THE radio station that took part in a hospital prank pretending to be the British royal family has banned staff from reporting on the birth of the couple's second child.

In December of 2012 broadcasters Mel Greig and Michael Christian pretended to be the Queen and Prince Charles to attain information about the Dutchess of Cambridge following her admission to the hospital to give birth to Prince George.

The nurse who answered the call took her own life two days later after the prank was aired on Australian radio station 2DayFM.

Royal baby: Alice the favourite, news to break on Twitter

However according to the Sunday Telegraph, Southern Cross Austereo's management has allegedly told staff that the birth of the couple's second baby is "under no circumstances" to be reported.

Australia's media watchdog ACMA released its report on the incident on Thursday, and found that the station breached three clauses, mainly one which "prohibits the broadcast of statements by identifiable persons without their consent".

Blast from the past: How the internet reacted when Baby George was born: 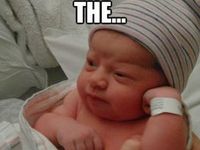 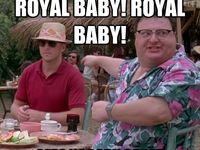 News THE Forensic Crash Unit is investigating the incident which claimed the life of a young southwest Queensland man.

Crime AFTER being admitted to hospital for falling out of a taxi drunk, the Dalby man became violent and claimed hospital staff were trying to kill him. DETAILS INSIDE:

News Outdoor venues will get a major boost with a significant easing of restrictions allowing double the number of patrons.

‘Proud to be your daughter’: John Fahey farewelled

Virus may have mutated to resist masks

Two COVID-19 ship cases to be evacuated to Cairns

Bella’s brutal diss that was edited out

Lines in the Coast sand for climate action

How to vote early in the QLD state election

Politics With the Queensland election coming up, here’s an in-depth guide on all people need to know about voting early, COVID-safety measures and more.

Crime THESE are the names of the 33 people who are facing Oakey Magistrates Court today.