A FORMER head golf professional at Toowoomba Golf Club is suing the club for damages over the termination of her four-year contract and for money she says she is owed.

Leah Hart had a contract to provide services as a golf pro from August 2017 to July 2021. But in November last year she lost her job when Toowoomba Golf Club terminated her contract, alleging she had failed to rectify numerous contract breaches, which she denies.

Ms Hart claims she has suffered loss and damages of at least $557,131, including lost profits and the cost of hiring additional staff.

She also is seeking payment of $28,612, which she alleges she is still owed.

She alleges after she ended a romantic relationship with then men's club captain, Ben Lusk, in September 2018, she asked the club to exclude him from decisions about her or her contracts. Mr Lusk was one of the club's directors.

The claim alleges Ms Hart made a verbal complaint about Mr Lusk's conduct to Toowoomba police, relating to matters she had allegedly learnt about during their relationship and that she set out details of the alleged conduct in an email to officers of the club in November 2018.

She claims the club board did not put in place a procedure to properly deal with her concerns relating to Mr Lusk.

She claims the board failed to reduce the likelihood of her having to deal with Mr Lusk or ensure that he would not be part of any decisions about her contract.

From February last year, Ms Hart was emailed a series of letters from the club, detailing allegations of breaches of her contract agreement. She claims they were invalid and her contract was wrongfully terminated.

Among the breaches, in one letter, it was said she had failed to act in good faith by raising "unfounded allegations" and "a threat of legal action".

"It is always imperative that women stand up for their legal rights and we commend Ms Hart for the courage that she has shown so far in seeking to keep an organisation the size of the Toowoomba Golf Club accountable for their actions," her lawyer Sharne Lategan, of Enterprise Legal, said.

Toowoomba Golf Club is yet to respond to the claim and a lawyer for the club would not comment.

News South west and Downs Queenslanders can expect to have some welcome relief, with it forecasted to be their biggest power bill cut in a decade.

News DARLING Downs Health has confirmed two cases of COVID-19 in the town of Oakey. 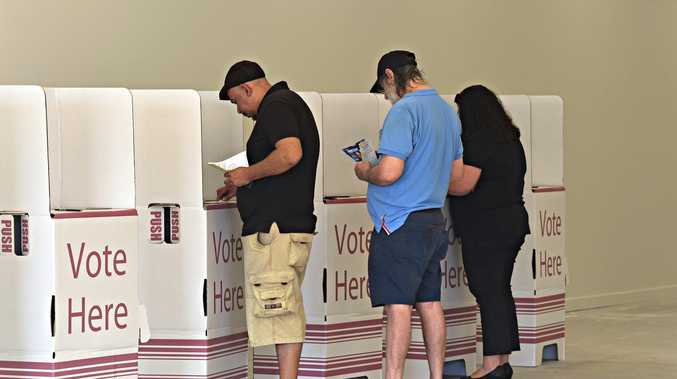 ELECTION UPDATE: Hear from those winning the race so far

News NEARLY half of the councillor candidate votes are in, here from those leading the pack.

When you’ll get your stimulus cash

METH BUST MUM: ‘Scales are for baking a cake with my kid’

10 jobs you can apply for in Toowoomba today

Dating in a coronavirus-hit world

Coronavirus: Is this the start of the end times?

Woman spits at police and puts head though car window

We want you for the Care Army

STAY AT HOME: What it means for court sittings

News These are the new protocols for the court sittings at Roma, Mitchell, Charleville...

Your chance to salute our frontline heroes

News Leave your messages of support to our health workers