THE swift water rescue team is on standby in Maryborough with storms expected to continue through to Thursday.

Swift Water Rescue team leader Brendan Fitzgerald said there were no call-outs for flood rescues across the region on Tuesday night, however with storms forecast for the Fraser Coast over the next couple of days, the team of four is ready to respond.

Mr Fitzgerald said it was a timely reminder for motorists to avoid driving across flood waters.

"If it is flooded, forget it. It's not worth your life to drive through flooded waters," Mr Fitzgerald said.

"People are starting to realise they're not only putting their lives at risk but Emergency Services (crews) as well," he said.

Storms are forecast Wednesday and Thursday in Maryborough and Hervey Bay with possible showers forecast for the remainder of the week. 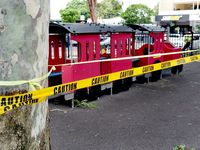 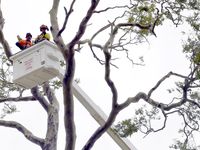 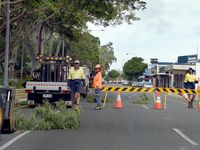 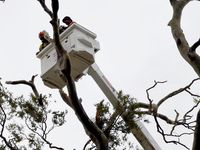 News Rest areas across the Western Downs and Darling Downs will be upgraded to help with driver fatigue. DETAILS:

Art event, first of its kind to hit Western Downs

Council News Western Downs creatives are being urged to get involved with an event which will explore new perspectives on the role of arts in regional communities. DETAILS:

Crime A young woman and alleged drug trafficker asked a Chinchilla judge to remove her reporting and drug testing conditions while she awaits judgment.

What to do when you can’t fall asleep

RESEARCH: How long cannabis users are impaired or ‘stoned’

City slicker fails to give way, crashes into Dalby woman’s...

Breaking A Dalby woman was transported to hospital with minor injuries after a Brisbane man allegedly smashed into her car with his own. FULL REPORT:

Vaccine blow: How long until life in Qld returns to normal

News Queensland could stay this way for a long time yet

Crime A young man shocked a Chinchilla courtroom when he asked for a tougher sentence.

Interactive: Where you can still get a house for $500k

Property Here’s where you can still get a house for less than $500,000