The family dog that nearly died from ice overdose

The family dog that nearly died from ice overdose 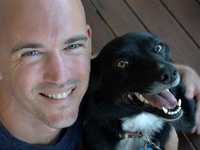 A COOLUM family are still reeling after their pet dog, Nellie nearly died after eating a large amount of a the powerful methamphetamine known as "ice".

Stewart Morrison has no idea where the dog, a border collie, kelpie-cross, found the very powerful and expensive party drug.

He's never been a drug user and didn't even know what ice looked like.

If it hadn't been for the quick thinking of their vet, Dan Capps, Nellie would have been treated for a snake bite after she started vomiting and drooling.

Dr Capps ran a routine drug test after Nellie had a grand mal seizure in his office. It tested positive.

To be sure, he ran the test again four hours later and there was no doubt Nellie had somewhere consumed a large amount of the illegal drug.

Drugs, the new threat to pets

Dr Capps said drugs were the "new diagnostic threat" emerging in veterinary practices and needed to always be considered when cases of "intoxication and venomation were coming through".

"It is something we had not seen or even considered before, now we are seeing it more frequently," Dr Capps said.

"It occurs when kids drop their stash in the park running away from police or throw it over a fence and a dog ingests it."

Mr Morrison said the family first suspected something was wrong with Nellie when she started "vomiting and drooling" in the back of the car after picking his kids up from school on Friday, February 10.

"I thought she had eaten something so I brought her home."

But when Nellie got out the car she was "very amped" and showed "neurological symptoms".

She had trouble standing up and fell down the stairs.

"That's we when took her to see Dan (Capps). Initially we thought it was a snake bite.

"Then he did a sample and said it came back positive for methamphetamine.

"I'm not a drug user at all, no one in my family uses drugs. Our initial reaction was she had been poisoned."

But when Mr Morrison took the matter to police, he was advised this was highly likely.

"They weren't particularly surprised as they said there was meth use in the Coolum area. They said it was unlikely she would have been poisoned by meth as it is quite expensive, they would have used something cheaper."

Nellie spent three days in intensive care, she was having seizures for aabout 16 hours and at one stage it was touch and go.

Dr Capps she was kept under anaesthesia and with respiratory support.

He said when Nellie arrived in the surgery she was in a "hyper-stimulated state" and her pupils were completely dilated and she had a low heart rate.

It took her nearly 20 hours to come down from the drug use.

"She had about 20 hours of potential seizures and neurological activity," he said.

He also gave her charcoal to "help absorb the drug" and "inter-rectal anti psychotic drugs".

"She continued on medication for a following week, but has fully recovered," he said.

While Nellie is the first case of ice Dr Capps has treated, he has seen several other cases of animals presenting with drug problems, mostly marijuana.

"It is often from inappropriate ingestion, they have scoffed cookies and brownies (with drugs in them) that have been lying around"

They come in showing an "ultra-neurological state", in other words they're off their heads.

News Drivers at five high-risk road spots are disobeying speed limits and running red lights to the tune of $19 million. SEE THE LIST OF LOCATIONS

The wonder women who kept Qld safe during pandemic

Health They’re the unsung female heroes who researched, guarded, strategised, swabbed, tested and catered to the hungry during the pandemic.

How much JobKeeper Qld got for every man, woman and child

News As Treasurer Josh Frydenberg visits the state’s battered north, the full scale of JobKeeper support for Queensland has been revealed.

Community The Western Downs young citizen of the year has been commended for his tireless efforts for the Cancer Council of Queensland following his sister’s tragic diagnosis.

How woman ‘dodged bullet’ with Caddick

Crime An allegedly SPER suspended driver took his chances on the road on a disqualified licence, but was swiftly apprehended by police.

News Keen racegoers were dressed to impress at the Dalby Newmarket Races, letting their...

Where $200 tourism vouchers could go next

Travel The Palaszczuk government has left the door open to expanding its $200 voucher...