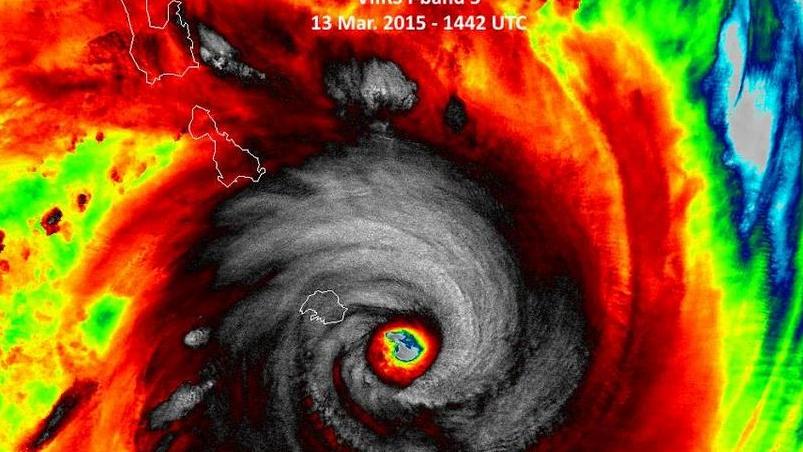 WITH parts of the Mackay and Whitsunday region already having copped more than 100mm at the weekend, there's a whole lot more to come to drench our already swollen rivers and creeks.

Ex-Tropical Cyclone Nora over the top end of the country and Cyclone Iris in the Coral Sea are expected to bring a monsoonal weather system into Queensland over the next 10 days.

According to Oz Cyclone Chasers, TC Iris is "an extremely difficult steering pattern to forecast" with the intensity of the low "vital in determining where it goes".

The European Centre for Medium-Range Weather Forecasts (ECMWF) model suggests a "well developed tropical low" will cross the coastline between Cairns and Townsville on Monday next week.

If this happens, Mackay and the Whitsundays region should expect some serious flooding rain as the system and rainfall heads south.

INTERACTIVE MAP: Click on 'Next 10 days' and then click on where you live to see how much rain is predicted over the Easter break...

The Global Forecast System model is predicting the low will weaken into a trough that will push on to the southern Queensland coast.

Windy.com's 10-day rain forecast shows parts of the Mackay region could be in for more than 200mm.

Further north around Cairns and Townsville, 10-day totals are forecast to be upwards of 700mm, according to Windy.com.

While ex-Tropical Cyclone Nora has been downgraded to a tropical low, experts are warning it could re-strengthen into cyclone strength.

TC Nora reached Category 3, and was then downgraded to Category 1 after crossing the western coast of Cape York early on Sunday and is expected to continue to weaken to a tropical low.

But a heavy rainfall and wind gust warning remains in place for far north inland Queensland, and the Bureau of Meteorology warns a cyclone could reform as it moves across the Gulf of Carpentaria.

>>>RELATED: All the people want is a better road at Hamilton Plains

>>>RELATED: Worst yet to come as FNQ awaits another deluge

BoM regional director Bruce Gunn said the cyclone will downgrade to a tropical low on Monday but could restrengthen.

"There's a lot of uncertainty still around this forecast and some days to go before we can say a final farewell to Nora," he said.

The bureau said the monsoon trough from the ex-cyclone Nora extends to the northwest Coral Sea and would remain "slow-moving" over the next few days.

"A high pressure system near New Zealand extends a weakening ridge along the east coast of Queensland," the BoM's forecast reads.

" An upper trough will move eastwards across the interior of the state on today and move into southeastern Queensland on Tuesday, accompanied by a surface trough.

"Ex-tropical cyclone Iris is likely to move westwards into the central Coral Sea through the middle part of the week."

Ex-Tropical Cyclone Iris is located well to the south of the Solomon Islands and is expected to move southward over the coming days, the bureau said.

Like Nora, the bureau said there was a chance Iris could re-develop into a tropical cyclone over the next few days.

"By Wednesday the chance of redevelopment becomes very low. Regardless of development, the system is expected to remain over the eastern Coral Sea and pose no direct threat to Queensland," the bureau said.

Where the rain fell

In the 24 hours to 9am Monday, the following areas received some decent falls: