HAVING maintained his innocence for two years, John Wallace Edwards has been convicted for the murder of his estranged wife, Sharon Edwards.

A shocked expression came over the 62-year-old's face as the foreman of the Coffs Harbour Supreme Court jury pronounced him guilty, after two days of deliberation.

Shaking his head, he glanced to his son Joshua sitting in the open court.

Joshua's hands covered his face as he started crying before quickly composing himself. Sitting beside Joshua was Billy Mills, the man who planned to spend his life with Ms Edwards. 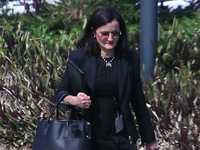 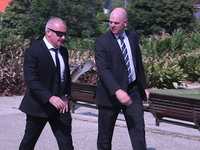 Over the three-week trial the court heard of a long-term affair between him and Ms Edwards. The couple reconnected decades after their initial relationship in the '80s and planned to spend their future together.

They were together the night of Ms Edwards' death, and it was the prosecution's case Edwards worked himself into a rage at the prospect of her bringing Mr Mills back to the home he had paid for to spend the night and lay in wait until she returned home alone.

The court was told by witnesses who later spoke to the killer a fight broke out between the couple.

The Crown case was Edwards put his wife's body in the back of his ute and disposed of it in the Lawrence region. Her body has never been found.

Edwards maintained his innocence since being charged in 2017.

News Check out all the photos from the Chinchilla Race Day on Saturday, February 27, here:

$1bn in stranded coal runs out of time

IN THE SPOTLIGHT: Comp set to showcase business favourite

How drinks on Clive Palmer’s yacht as LNP sank sparked a...

News The two men who have been charged with allegedly robbing a Warrego Highway servo...

Crime NAMED: A man who hung out of his car swearing at drivers faced Chinchilla court for...