What Far North can expect if cyclone forms in Coral Sea

What Far North can expect if cyclone forms in Coral Sea

THE Far North is not expected to experience any severe weather as result of a tropical low developing into a cyclone off Queensland's east coast, at least until Wednesday.

The Bureau of Meteorology is monitoring the low, currently 730km northeast of Mackay, as it tracks east southeast at approximately 26km/hr.

The bureau says the low, which is to be named Tropical Cyclone Gretel should it continue to develop, has sustained winds near its centre of 55km/hr, generating wind gusts up to 85km/hr.

It is expected to continue moving in a south-easterly direction away from the Queensland coast over the next few days, maintaining an intensity equivalent to a Category 2 Cyclone as it passes north of Norfolk Island. 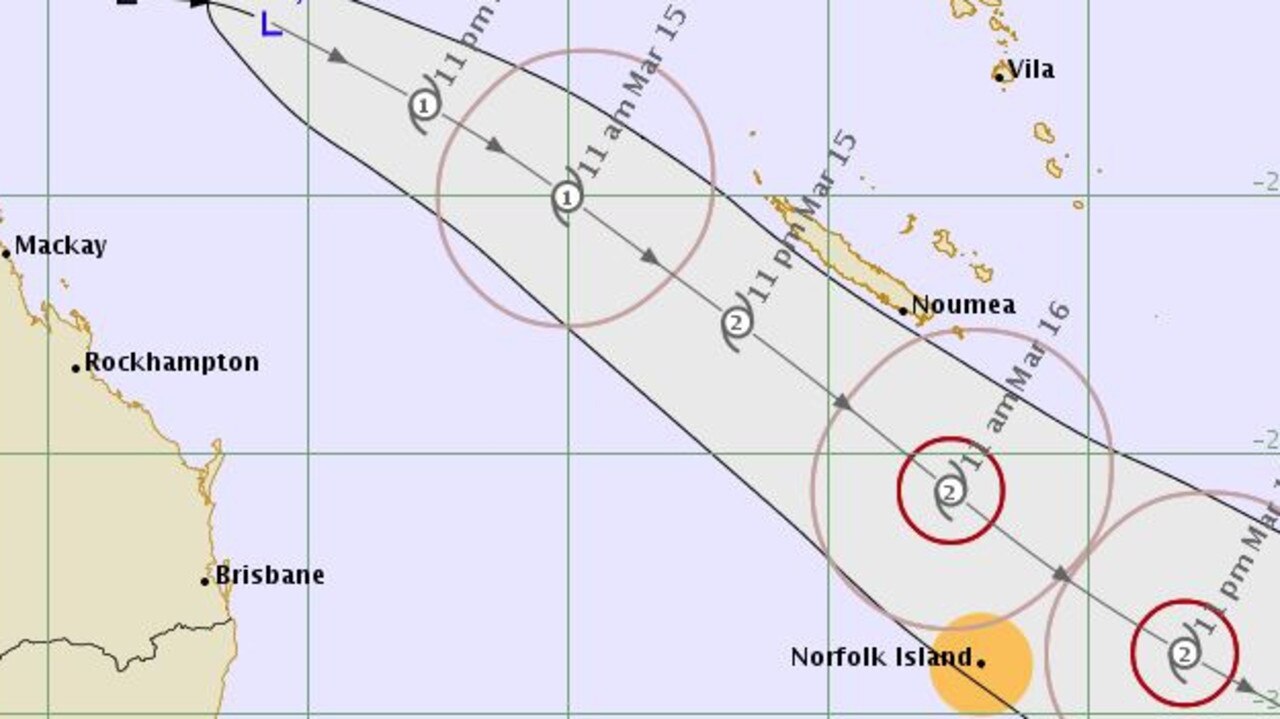 Bureau duty forecaster Alex Majchrowski said the low was expected to develop into a tropical cyclone by about 11pm tonight.

"It will have no effect on the weather of Cairns or the whole east coast this weekend," he said.

"We have a number of strong wind and gale warnings along coastal waters, but they start as you head south of Townsville.

"There's an increased chance of shower activity around Innisfail throughout the week, around Wednesday, but for Cairns, there's not much change in the weather ahead for the week."