RUGBY UNION: The Dalby Wheatmen board have made the heart-wrenching decision to withdraw from the 2020 rugby season following COVID-19 restrictions that made the season unviable.

The board made the announcement over social media, with a statement that read all teams with the exception of the teenage boys, whose season began before restrictions set in, would be withdrawn from the remainder of the 2020 season.

President Neal Kiley told the Herald the decision was not an easy one, but was well-supported by players, sponsors, and families.

“With the COVID restrictions brought in by the Queensland government it was just not viable for our club to proceed,” Kiley said.

“QRU and Downs are doing everything they can to make the season happen, and the Toowoomba teams think they can go ahead.

“With us being in the rural area, we get bigger crowds.

Kiley said the restrictions would place “extra stress” on players, spectators and sponsors when the season commenced, and instead made the decision to move forward towards the 2021 season.

The result was not one the board had hoped for, but Kiley said there was plenty of work to do leading into next year’s season pending the easing of restrictions by 2021.

Non-contact rules and limitations on the number of players on the field at a given time meant the teams would have been limited in the amount and the intensity of training sessions, and players would not have been able to perform to the best of their abilities.

“We wanted to jump in as best we could,” he said.

“Once we got given what our restrictions were we sat down and went through it as a board … The QRU and the Downs have been really good with trying to get restrictions eased but keep with the COVID rules but for us it’s just too hard to do.”

Clubs around the region have also withdrawn from the season for similar reasons.

The clubs in Goondiwindi, Condamine and Gatton have followed suit, cancelling their 2020 seasons.

The only teams that will proceed with their seasons are the teenage boys, whose season began shortly before restrictions started.

For the remainder of this year, the Wheatmen board will be focusing on maintenance works around the club in preparation for what they hope will be a fruitful season in 2021.

News POLICE have revealed that out of the 10 in mandatory quarantine in a Roma motel, three are returning Queensland residents.

News THIEVES have stolen registration plates and the car battery of a Holden Rodeo parked on the Balonne Hwy, plus large hunting knives and a toolbox 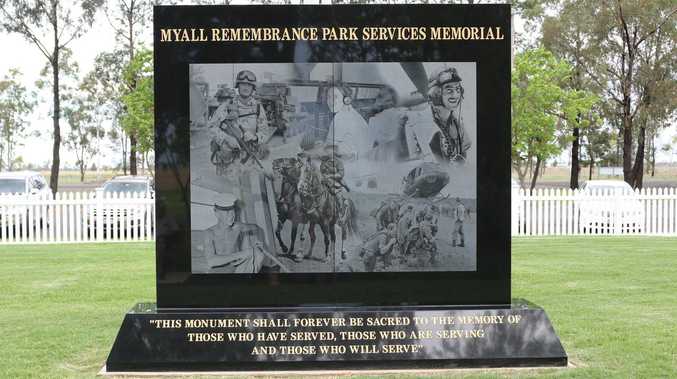 Council News Carol Hoadley's idea has grown into a new way for the Dalby community to honour their late relatives who served overseas.

How young sportsmen and woman can kick off their careers

Man fined for breaking quarantine after going to do taxes

When the world will be virus-free

Kanye reportedly drops out of US election

YOU'RE KIDDING: Man steals sex toy, comes back for charger

News 'It represents a callous disregard for other members of the community involved in the timber industry.'

Crime An alleged Saturday night crime spree resulted in a car crash and two arrests by...

One taken to Dalby Hospital after car crash into tree

Breaking PARAMEDICS rushed to a Western Downs town after a serious accident.

Woman arrested for hiding a knife in car, another found with...

Crime IT WAS busy weekend for our cops who caught nine people out on drug and driving...